We proudly welcome Ed Younkins to the editorial board of Libertarian Papers. 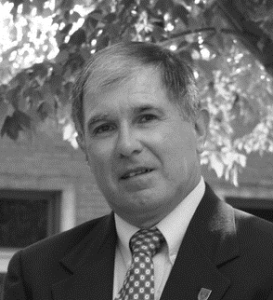 Edward W. Younkins is professor of accountancy and director of graduate programs in the Department of Business at Wheeling Jesuit University. He is the founder of the university’s undergraduate degree program in political and economic philosophy. He is also the founding director of the university’s Master of Business Administration (M.B.A.) and Master of Science in Accountancy (M.S.A.) programs.

The author of numerous articles in accounting and business journals, his free-market-oriented articles and reviews have appeared in numerous publications. He is the author of Capitalism and Commerce: Conceptual Foundations of Free Enterprise (2002), Champions of a Free Society: Ideas of Capitalism’s Philosophers and Economists (2008), Flourishing and Happiness in a Free Society: Toward a Synthesis of Aristotelianism, Austrian Economics, and Ayn Rand’s Objectivism (2011), and Exploring Capitalist Fiction: Business Through Literature and Film (2014). He has also edited Philosophers of Capitalism: Menger, Mises, Rand, and Beyond (2005), and Ayn Rand’s Atlas Shrugged: A Philosophical and Literary Companion (2007).